Ozzy Zig, The Witch & The Warpig

The booklet is two stories. First it is an in-depth analysis of Black Sabbath’s association with the building where they first rehearsed.

present day. Post war youth and community center provisions in the area and the remodeling of Aston in the mid 1960s are discussed. The stories of the people who occupied the buildings that were demolished to make way for the community center are used to discuss the case for the importance of community centers and the activity that takes place within their walls.

Each copy is individually numbered and printed with a lino cut image of Newtown Community Centre. The Foreword is by Neville Whittingham who has been working at the centre for 10 years after his music career wound down. Neville was a founder member of the legendary Birmingham roots band Eclipse whose music has been re-released by Reggae Archive Records. 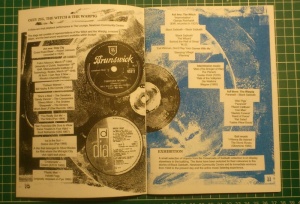 The Crossroads of Sabbath booklet is an A5, 20 page, two colour publication produced to accompany the tour. It includes a map of the route and summarises the commentaries from the tour locations. 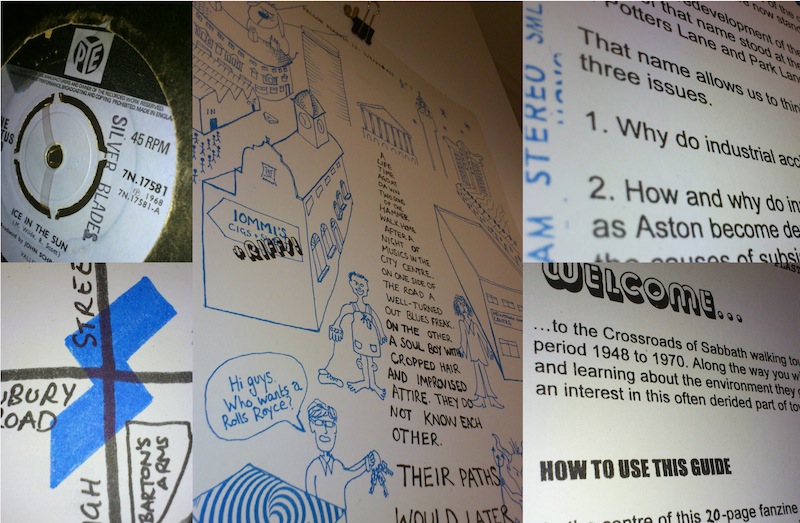 Pages from the booklet

The booklet is aimed at three groups of people:
1.    Those who are taking part in the live tour.

2.    Those who will undertake the tour independently.

3.    Those who may never visit Aston but are interested in Black Sabbath and wish to own this limited edition lovingly produced collectable artefact.

The text has been written assuming that readers have a background knowledge of the Black Sabbath story as it has been told in the various biographies, autobiographies and documentary films.

Primary sources such as old maps and newspaper clippings are reproduced to present a history of the area as well as of the band. The booklet may be of interest to people who grew up in the area it focuses on.

The booklet will not be made available to download.

The first edition is of 200 copies and is now sold out.