The Crossroads of Sabbath walking tour is an opportunity to walk in the footsteps of Ozzy, Geezer, Tony and Bill and learn about the environment that shaped them. The tour lasts approximately 2 hours.

Much has been made of the influence of the band’s environment on the sounds they made when they first entered a rehearsal room together. On the Crossroads of Sabbath tour you see this environment and learn about it during the period when the Sabbs called it home.

You will pass the schools, homes, rehearsal spaces and hangouts of band members and hear stories associated with them. The narration has been developed using local history sources with the intention of presenting a full, thick and heavy picture of life in the area during the period when our heroes roamed its streets.

If you have read all the books and seen all the films about Black Sabbath you will see many of the locations referred to in those texts. You will also be introduced to places and ideas not so widely known in the Sabbath tale. And you will feel them.

WHEN?
No dates currently scheduled

HOW MUCH?
Tours cost £6 per person.

WHERE? GETTING THERE AND BACK.
The start and end of the tour are close to several public transport links with ample on street parking. The tour starts in Perry Barr a few miles north of Birmingham City Centre and ends at The Barton’s Arms pub in Newtown. When you book a place on one of the forthcoming tours you will be sent details of where to meet and how to get there.

The 10 minute video embedded at the foot of this webpage gives a broad overview of Black Sabbath’s formation in Aston around 1968.

The tour is called Crossroads of Sabbath because it concludes with references to what has come to be known as The Crossroads Myth concerning the American blues performer Robert Johnson. You won’t be spoiling your enjoyment of the tour by familiarising yourself with this story in advance.

There’s a lot of sociology/cultural studies references – y’know, left leaning sort of stuff in praise of the post war settlement. If you voted Tory or UKip it’s probably not for you. In fact, I’m not gonna lie – there’s some explicit Marxism at the very end when we reach the Crossroads Of Sabbath. 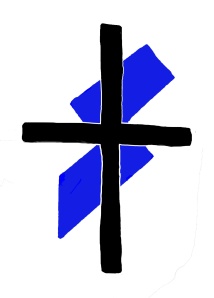 CROSSROADS OF SABBATH IS NOT…

One response to “Crossroads of Sabbath”